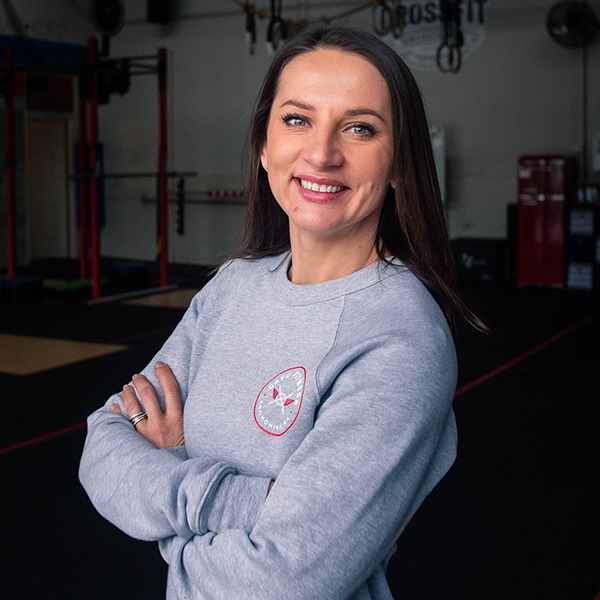 Sport always played a big role in my life. I attended an Academy of Physical Education in Poland and brought the passion for sports to the US where I moved in 2004.
Since my childhood, my biggest passion was running. In 2006, I was recruited by the Bellevue College cross country head coach to represent the school in running meets. I was on the team for two seasons and on the second season I was announced the team Capitan. My passion for running encouraged me to train and run a marathon. Since then, I have completed many marathons, including the Boston Marathon. As for CrossFit, it was a “love at first sight”. My passion for this sport grew with each and every WOD I completed and after a while, I learned that seeing progress in other athletes was as exciting as experiencing it on my own. I have been coaching sine 2014 and as a CrossFit Level 2 Trainer I love working with people new to CrossFit. I like focusing on the proper movement mechanics and want every member to have a solid squat and great form on the fundamental movements. I believe that CrossFit should be tough and challenging but beside the mental and physical toughness of pushing ourselves, CrossFit at its core should be fun.