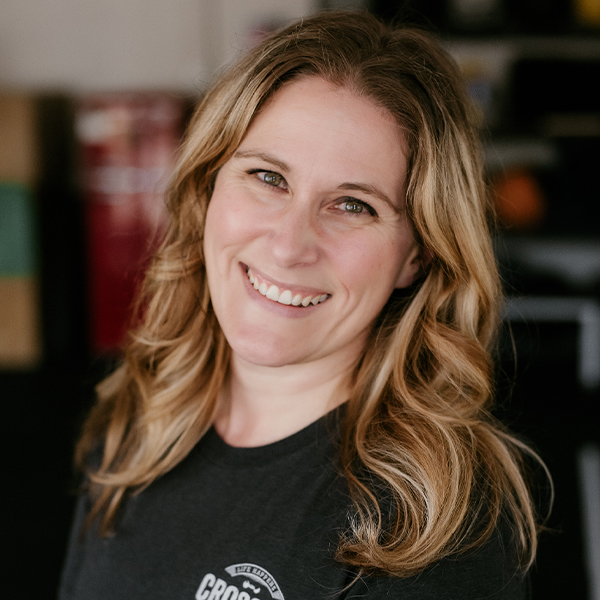 As soon as I walked into CrossFit Snohomish in May 2012, I knew I had found a community that would help me grow, in more ways than I would ever imagine. When I first came in to 'check it out' a class was in session, and I was instantly overwhelmed by all of the weights and activity happening around me. Yet, at the same time, seeing and hearing members encourage each other during the workout was something I had never seen before at a gym, and by the time I left I felt more excited than nervous about starting something so new to me.

I never considered myself much of an athlete. I had done some track and soccer in middle and high school, but beyond that I just tried to stay active into adulthood with hiking, walking, and other various fun things that would come up. From my mid-teens I was plagued with chronic back pain that would come and go, so I never really felt 'safe' doing much more than what I was doing at the time. After reading testimonials of people who had success with CrossFit helping them with various problems they were having, I decided to give it a try. I'm so glad I did. I think one of the best things about CrossFit is the option to scale any movement to each person's abilities without having to feel that you are 'lesser' for doing so. Everyone is different! For instance, someone may be using a PVC pipe while another person is using a very heavy weight for a squat movement, and the only thing you will get from the group is support and encouragement no matter what scaling options you are using. After having major hip surgery to fix congenital dysplasia (I was born with hip sockets that were misshapen), I was able to come back after six months of healing and rehabbing with physical therapy to learn how to walk again, scaling virtually everything to very slowly build up my strength again, but now I am stronger than I ever have been.

One of the reasons I became a coach is so I could give back to this amazing community that has given so much to me since the very beginning. I get excited every day that I coach, looking forward to being able to help each person safely and efficiently do movements that will make them stronger, healthier, and more confident. One of the greatest things is seeing someone smile after being able to do something they never, ever thought they would be able to do, and I feel honored that I get to help our athletes achieve their goals. CrossFit has taught me that we really can do more than we think!